Boris Buden: aka/IFK_LECTURE NR. 3: A Theorist Who Cannot Speak English Is No Theorist 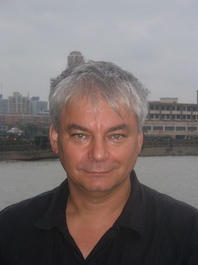 There is no equality and justice among languages. While some are ruling the world, others struggle to survive or are already extinct. Theory has always been aware of this, which is why it chooses the elite languages as its mother tongues. When it comes to the others, plebeian ones, it considers them as foreign and visits only in translation. This, however, seems to be changing today.


Boris Buden is a writer, cultural theorist and translator. He studied philosophy in Zagreb and cultural theory at Humboldt University in Berlin. Since the beginning of the 1980s Buden publishes essays and books on critical and cultural theory, psychoanalysis, politics and contemporary art in Croatian, German and English. He teaches at universities in Europe and lectures worldwide. Buden currently lives in Berlin. >>Event